Prior to the arrival of the British in the late 19th century, the area which became Lawngtlai District was ruled by local chieftains, whose zones of control were often a single village or small group of villages. In 1888 the chief of the Fungkah village attacked a British surveying team and killed four men including a Lt. Stewart. The following year the British sent in a punitive expedition to pacify the area. What became Lawngtlai District was incorporated into the South Lushai Hills and administered by the lieutenant governor of Bengal. In 1898 North and South Lushai Hills were merged into the Lushai Hills District and were administered as part of Assam. In 1919, the Lushai Hills, along with some of the other hill districts, were declared "Backward Tracts" under theGovernment of India Act, and in 1935 this denomination was changed to "excluded area". In 1952 the creation of the Lushai Hills Autonomous District Council removed the last power of the local chieftains. The area became part of Mizoram when the Union Territory of Mizoram was created in 1972, and remained a part of it when the state was created in 1987. Originally part ofChhimtuipui District, the area that became Lawngtlai District was divided into two rural development blocks: the Lawngtlai Rural Development Block with headquarters at Lawngtlai and the Chawngte Rural Development Block with headquarters at Chawngte.Lawngtlai district became a separate district on 11 November 1998.

Lawngtlai District is one of the administrative Districts in Mizoram. The District was created on the 11th November, 1998 (Vide: Government of Mizoram notification No. A. 60011/21/95-GAD. Dated Aizawl, the 11th November, 1998) . Lawngtlai district is located in the southwestern most part of Mizoram having international boundaries with Bangladesh to the west and Myanmar to the south. The district is bounded by Lunglei District to the north and Saiha District to the east. The Thega (Kawrpui) River forms most of the boundary with Bangladesh on the west and the Kaladan River forms the eastern boundary with Saiha District. Lawngtlai district occupied an area of 2557.10 km² (2001 Census). The area is mountainous and hilly with a small strip of low lying riverine plain along the western side of the Chamdur Valley. Landslides are common especially during rainy season. The western side of the district is covered by dense virgin forest. The main rivers include the Kaladan River, Tuichong River, the Chhimtuipui River, the Ngengpui River, the Chawngte River and the Tuiphal River . This district is divided into four Rural Development Blocks:[7]

Lawngtlai district has a moderate climate. In general, it is cool in summer and not very cold in winter. In winter the temperature varies from 8 °C to 24 °C and in summer, the temperature varies between 18 °C and 32 °C. The western part of the district has less elevation comparing to the eastern part, and hence it experiences a little warmer climate than the eastern part. Relative humidity is highest during the south-west monsoon when it reaches to about 85%. The district is under the direct influence of south-west monsoon and heavy precipitation is usually received from May to September every year. The average annual rainfall is about 2558 mm. The hottest period is from March to August every year. During the rainy season, it remains heavily clouded. There is an increase of cloudiness from March onwards. A clear and cool weather starts appearing from September and remains till January the next year.

The main communities occupying Lawngtlai District are the Lais, Chakmas, Bawm, Pang, etc. there are famous cultural heritage among such tribes. In the eastern side of the district where Lai community are the main inhabitants. Chawnglaizawnh, Sarlamkai, Pawhlohtlawh are the main cultural dances 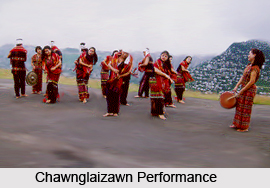 . In Chakma occupied area of the district, there are various tribes of backward classes. In this area, the main religion is Buddhism whereas in the eastern side ie Lai occupied area, Christianity is prevailing as their major religion. The common languages speaks in the district are Lai, Chakma and various dialect of other backward tribes ie Pang, Bru, Bawm etc. 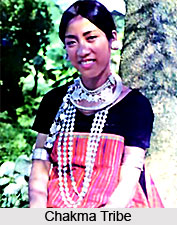 These communities have different fold dance, folk dance, folk tales of their own. The common cultural dances of the Chakmas are Nua Jhumo Naach and Biju Naach.

The inhabitants of Lawngtlai District are very backward in various ways, the standard of living is very low and literacy percentage of the district is also the lowest amongst the eight districts in Mizoram. 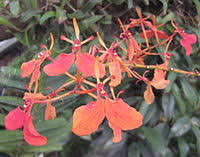 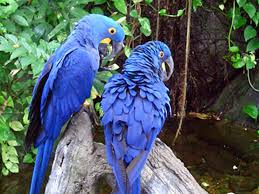 Lawngtlai district is situated within the tropical belt. It usually received high annual rainfall during the month from May up to September. In this region the tropical wet evergreen, mixed deciduous forest and wild banana forests are found. The western part of the region is covered by a thick virgin forest. Host of skima wallichi, Banyan tree, Gulmohar tree, Gamari, Jarus, Champa and several kinds of bamboos, climbers of different kinds and many kinds of wild fruits are found in this area. Several kinds of plants and herbs which are good for making herbal medicines are also found in this district.

One-third of the total inhabitants of Lawngtlai district rely entirely on agriculture, which is mostly based on traditional method of shifting cultivation. Only a small fraction of urban population is involved in permanent employment, such as state government service, bank and schools, and few engaged in small-scale business. The economic status of the district is in fact the lowest among the districts in Mizoram